I don’t really know how to begin this diary.  Despite the fact that I write for a living I hate writing in the first person and have never been good at it.  But here’s a summary so far.  I cover local politics for the Echo, the main newspaper for Liverpool, and have done for two years since I left my friends in London and moved back to my home city.  It is my 45th day of “isolation” and a month since the rest of my colleagues were sent home after the government announced a lockdown for the rest of the country.  On the day I left the office, the advice on a Powerpoint shared with us all included “staying one metre from the nearest person” and “washing our hands”. This was in line with government advice. Two weeks later almost everyone in our office, more than 100 people, were sent home with no solid date of return and everyone in the UK is under strict instructions not to leave their homes except to buy food or exercise.  There are murmurs of us returning to the office in July, which seems highly optimistic. I live in my parents’ home and feel fairly settled into a routine while working from home and am engaging in a number of the middle class habits of the Anglophone world in the lockdown era - cooking, exercising and trying to learn a new language.  In my case, it’s Spanish, which I have been vowing to learn ever since university with absolutely no success whatsoever due solely to my own laziness.  Like many of my friends, I know I’m lucky because I have a roof over my head and a (fairly) stable job.  While the location of my job has changed, many of the lower level tasks remain the same.  My days still consist of reading reports, interviewing people and scrolling through social media.  That isn’t to suggest I don’t share the horror I imagine most people feel towards the pandemic. It’s just to underline that, compared to others, my life feels remarkably unchanged by what is surely one of the most chaotic and awful periods of recent history.

Today has seen the collisions of two things that have increasingly dominated my days.  Graphs and Twitter. I’ve spent a significant part of today trying to understand the many coronavirus graphs that now seem to inhabit every screen.  Their sudden prominence on television, in newspapers and across the internet has meant a Twitter conversation about them has ensued.  ‘Conversation’ is a euphemism because there is a significant lack of dialogue.  Instead, there are a number of monologues which just happen to be occurring simultaneously, many of them conducted by people who appear to have no expertise in medicine, computer science, or mathematical modelling - but are giving confident opinions nonetheless. In many ways the graphs are a perfect source for debate on Twitter.  They are eye catching and cause you to stop scrolling.  They are also timely, important for a social media platform which follows the ebb and flow of the daily news agenda more closely than any other. Given that the graphs chart a potential pathway through the pandemic, I’m sure they are also a source of comfort for many looking for a sense of how this all might end.  Most of all, they are based on scientific modelling conducted by experts in their field.  It is this last factor which I imagine has most led them to become the focus of conversation on Twitter.  The nature of science, or rather our perception of it, as precise and based on immovable rules, allows the people arguing over the graphs to believe stridently that they are right because they are ‘following the science’, as though everyone’s interpretation of science isn’t different. This mindset fits the combative nature of Twitter perfectly.

If it sounds as though I’m projecting larger issues and grievances on to the unfortunate graphs, I am.  The graphs are the least irritating part of the Twitter conversation that surrounds them. The debate about the graphs isn’t really about graphs at at all.  A cursory look at the debate about graphs on Twitter makes it clear that, like most other topics of Twitter conversation, whether about austerity, immigration or post-Brexit trade policy, the graphs have become a vessel for people to argue about months and yearslong political grievances between the many tribes that stomp the social network.  Apparently journalists are supposed to love Twitter.  I have always found it exhausting, never more so than now when all those other topics which dominated politics in Britain for years, seem like completely parochial concerns.

Having recovered from yesterday’s diatribe about the graphs (sorry), I feel considerably more sane.  The lockdown has actually meant that I am talking to many of my friends more on the phone (or on Houseparty, Facebook Video Chat or Zoom) far more regularly than I would do normally.  I have lived apart from my four closest friends, who are also writing diaries, for more than two years.  I miss them now more than I have ever done since moving back to Liverpool but am enjoying speaking to them more.  Like everything else that is proving ‘enjoyable’ during lockdown, this is tinged with a considerable amount of guilt when you remember, all of a sudden, that the reason we are all at home is because of the spread of a virus.  It has killed more than 800 people in the UK today alone, a number which, like every other death toll reported about coronavirus, I find impossible to visualise.

I really didn’t feel like writing today.  Not because I felt upset or particularly sad but because I felt bored and increasingly detached from what is going on around me.  I have alternated between smoking cigarettes on the back step of my house and trying to read one of the many books I said I’d finish while we were confined to our homes.  We’ve been in lockdown for well over a month.  The stack of books I haven’t finished is almost as tall as when it began.

It’s time for me to talk about the alpaca.  Or the llama.  I don’t know which it is. This is not a terribly constructed metaphor about the world we’re now living in - we got close enough to that when I was talking about the graphs.  This is a reference to the fact that my next door neighbours have had, for a number of weeks, what I think is an alpaca in their garden. For context, I live in a semi-detached house in a suburb of Liverpool with a small garden.  The house next door has a similarly sized garden which has, over the past few years, been home to a selection of ponies that are rotated and mercifully taken at various points to spend time on a larger field not far from where we live.  The alpaca is a new addition.  I don’t mention it because of any connection to the coronavirus pandemic but more because it has become a surprisingly normal part of my day - and because I find it hilarious.  I can see it out of the window in the room I work in and I can hear it regularly as well.  It is bizarre that it is there but has also become one of my favourite things about being at home.  There is no reason for me to mention the alpaca today specifically, but quite frankly nothing else of note has happened today and I spent quite a lot of time reading in the garden after I finished work and could hear it shuffle about.

Today was supposed to be the first “remote” meeting of Liverpool City Council, which I cover for the Echo.  Councillors were supposed to approve a series of planning applications, which must be granted before construction on a new building can take place.  Construction is one of a handful of activities about which there is very little clarity from the government.  There has been little specific guidance for whether builders can continue to work, leaving some pressurised by bosses to do so, with many fearing they’re more likely to have been exposed to coronavirus.  Those facts don’t affect today’s council meeting, as construction on the projects set to be approved today likely wouldn’t begin for months.  The facts are also rendered irrelevant by the fact that the meeting, which was supposed to take place on Microsoft Teams, was so plagued by technical difficulties that it never went ahead.  After more than an hour of trying to listen to a series of inaudible voices and watch blurred faces on a screen, it was cancelled with no applications having been granted.

Today I spoke to my friend Rosa about recording an episode of a podcast she makes.  It is about songs that makes you cry.  While that might seem apt for our current moment, and should be apt for me given that I shed tears at a worrying rate, I actually haven’t been crying very much.  I don’t know what that suggests about me - but it’s probably nothing good.  I still haven’t picked the songs.

My diary entries have been erratic and unfocused, so apologies if they give little idea of what I have actually achieved on a day to day basis.  If your view of journalists was already a negative one, I doubt what I’ve written above will convince you that we aren’t all either self-obssessed, stupid or vapid - or a combination of the three.  The reason why I haven’t spoken more about the coronavirus itself or the issues I’ve been covering throughout the crisis is that it would take up pages and involve me talking about the intricacies of the UK’s politics, something you can read about from other far more skilled and intelligent writers easily on the internet.  As I said, I hate writing in the first person and yet I have still managed to make these diary entries, written during a global pandemic, all about me.

Since finishing this diary, things have changed considerably.  Britain is now in the middle of the messy process of lifting the lockdown.  Here in Liverpool, that has caused a row between the mayor and central government over whether to reopen the city’s schools as the beginning of next month as the Prime Minister has ordered.  The concern here is that the virus is still spreading fairly rapidly in Liverpool, causing the mayor to refuse to reopen the schools.  Similar debates are raging about reopening other parts of our society and our economy.  Some of my day to day existence is the same as when I wrote this diary but some has changed.  Rosa and I still haven’t recorded the podcast.  But the alpaca is gone, I don’t know where.

Return to the house in Finsbury Park 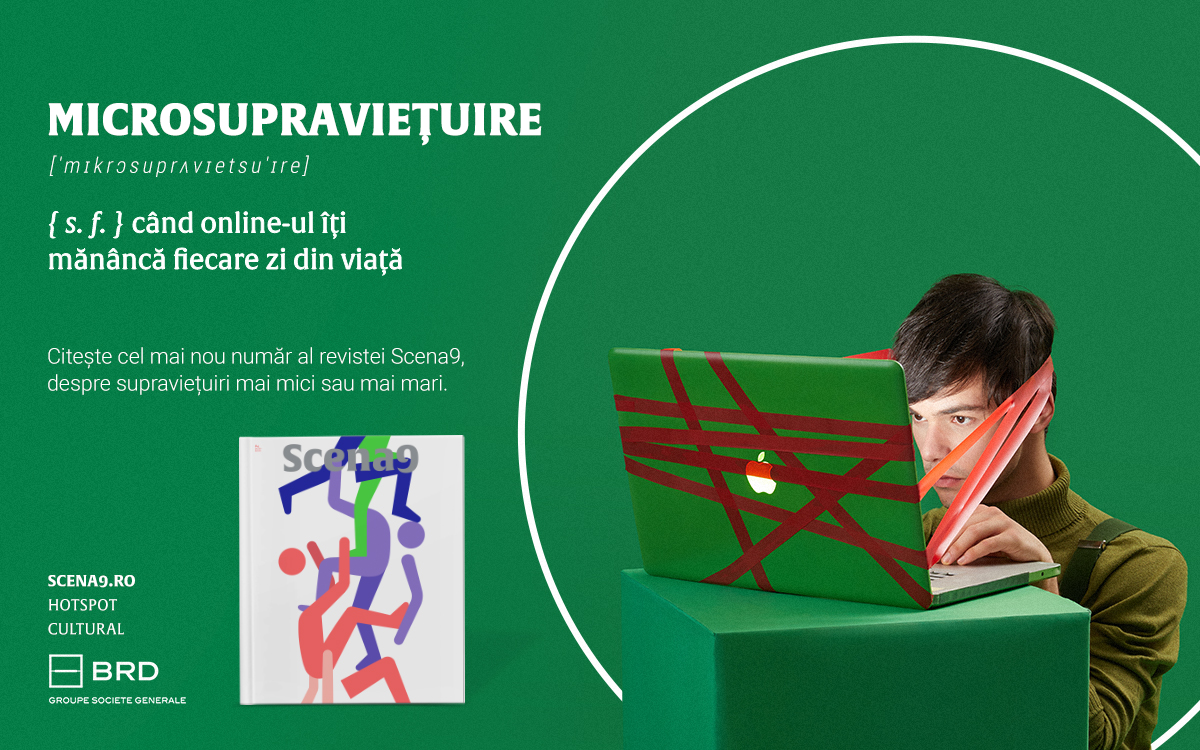